Now that I am Dying

My friends, over the past 16 months my body, mind, and soul have put up a valiant fight against MS. My soul is strong but my body and mind are failing.
Now that sounded pretty and noble, but it is all I can take of that. To put it in my own voice: I can't eat solid food-when I do I puke-so now we cadge together a gross mix of clarified butter ladened broth (bless those church ladies) and diluted fruit beverages. The official diagnosis? Who, in the MS Alice-down-the-rabbit-hole world, expects that. My GI has ruled out all common disorders so that leaves little left but MS caused neurogenic stomach, where the small muscles of the stomach and the micro nerves that control them are affected by MS-but he won't diagnose that because no definitive test exists. About 21 days ago, this syndrome traveled further up my digestive track and settled somewhere in my stomach sphincter or just below the esophagus. Now I live with the vomiting and the weight loss and the pain. Oh, did I forget to mention the pain? Whoever called this symptom an MS Hug was sadistic. I have a band about 12 inches wide around my mid section from breast to belly that grinds and twists with unrelenting fervor. And a spike of nerve pain that hits right below my breast bone with chillingly irregular regularity. Also a visceral nausea that makes drinking anything other than water a battle of mind over matter. Akin to mild car sickness all the time, that can tip to severe at any trigger.
Pain is so familiar now, I no longer remember me without it.

Too many others to list. But chronic plain is such a pale tea to describe the stagnant bile I sip every day.
And yet, somehow, my soul flourishes. As I come to the last weeks of my life during my 49th year, instead of anger or rage or drips of acidic futility I look with joy at photos of my boy and the years of his life he spent with me. I hold my husband's hand and our voices meld remembering so much from the past 27 years. We lived deliberately. When we learned 11 yrs ago and then it was confirmed several years later by a second neurologist, that the lifespan for my type of MS is 10 to 15 years. We didn't fold up our tent, and quit living. I worked at a beloved career for many years well past the 'norm.' Five years ago, we took our son to Hawaii, a vacation we couldn't afford to miss. To this day, as my days are winding down, I choose to have as full a life as I can.
My world is super glued together by a 30 plus year faith in God that sweetens all the darkest places.
I will write as much as I am able in the coming weeks. Hopefully, my old blog-world friends haven't left me.
I will share the plan for what is next in a future post. 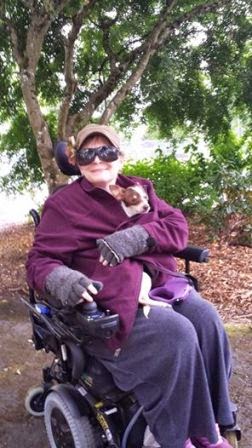 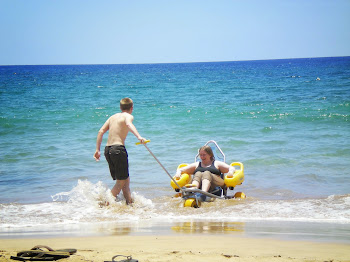